Located at the corner of New Orleans Road and Pope Avenue, Compass Rose Park on Hitlon Head Island is one of the most unique green spaces on Hilton Head Island.

One of its more eye-catching features is a series of blocky, squared-off fountains, each pouring into the next, which then appear to run right up to a tranquil stream which stretches away into the woods where it empties into boggy gut.

This transition from made-made structure into natural curves was meant to signify Hilton Head Island’s dedication to working alongside nature, rather than against it.

As for the Compass Rose itself? The signature piece of beautiful iron work set on the centerpiece rain wall was a part of the original offices for Greenwood Development, the company that pioneered resort construction on Hilton Head Island.

Book your studio at The Village at Palmetto Dunes from $109/night here! 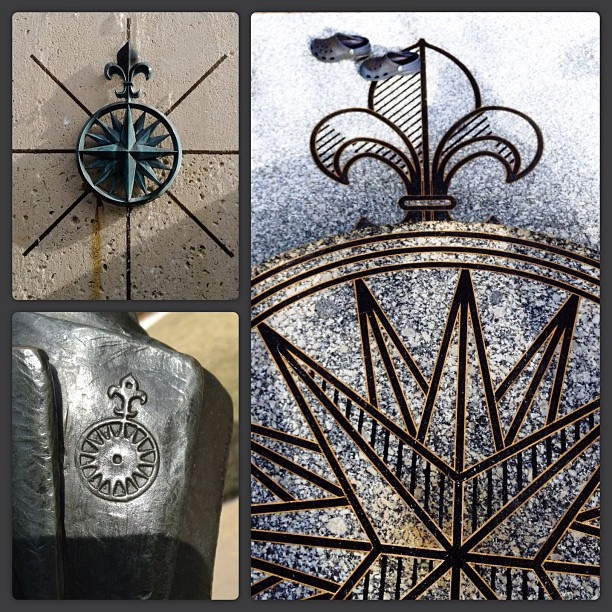